Recently, a customer at one of the community nurseries enquired about how to find Dodder vine to use in floral arrangements. It is unclear whether this customer was after Dodder (Cuscuta – a declared weed) or a similar local native plant, Cassytha.

Dodder is an annual, leafless, parasitic climber and a declared plant.

Declared plants are weeds that are regulated under the Natural Resources Management Act 2004 due to their threat to primary industry, the natural environment and public safety.

Dodder is a vine characterised by its thin, twining stems that appear leafless. Stems attach to host plants with small suckers that penetrate the leaves of the host plant. Flowers are white, cream or pink and bell shaped. Fruits are the same size as the flowers (3-4mm) and contain up to 4 seeds. It has no root system.

Dodder is a problem as it shades crops, absorbing nutrients and water from the host plant. It can reduce crop yields and cause significant financial loss.

Dodder looks like, but is NOT, our native Cassytha

There are local native plants in the Cassytha genus which can look a lot like Dodder. These vines grow locally in native vegetation around Goolwa.  Sometimes this vine-like, semi-parasitic plant can look like they are ‘choking’ the local vegetation, but they are part of a natural, healthy ecosystem. 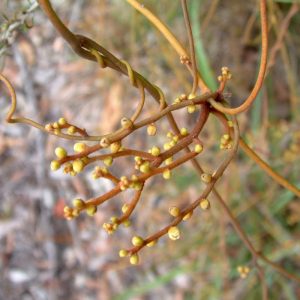 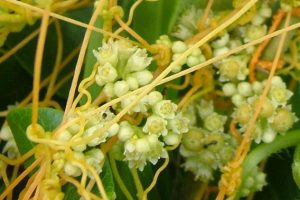 Ben Simon, Senior Project Officer with GWLAP has noticed that someone has been taking Cassytha vines from the Walter Newell Reserve in Goolwa. The reason for removing the vine is unknown – it may be that this plant is being collected for floral arrangements or the person responsible has mistaken the vine for dodder and believes they are doing some important weed control. Either way, it is not ok to remove native vegetation and this important plant needs to be left alone.

It is important to report any new infestations of declared plants before they become established. To find out how to report an ALERT WEED such as dodder go to this link.

Interestingly, the native vine, Cassytha has the potential to be used as a biological control to kill gorse, another declared weed. Robert Cirocco from the University of Adelaide has found that Cassytha pubescens  is able to kill gorse, blackberry and Scotch broom, without damaging native shrubs.

You can find more information at the University of Adelaide website, here. 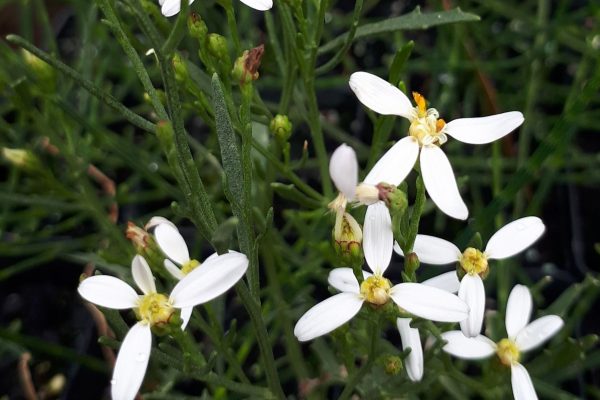 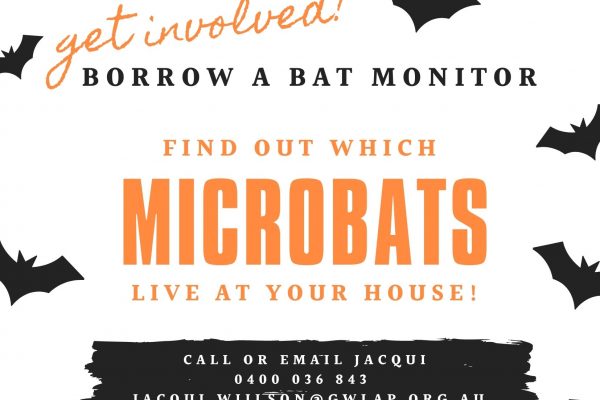