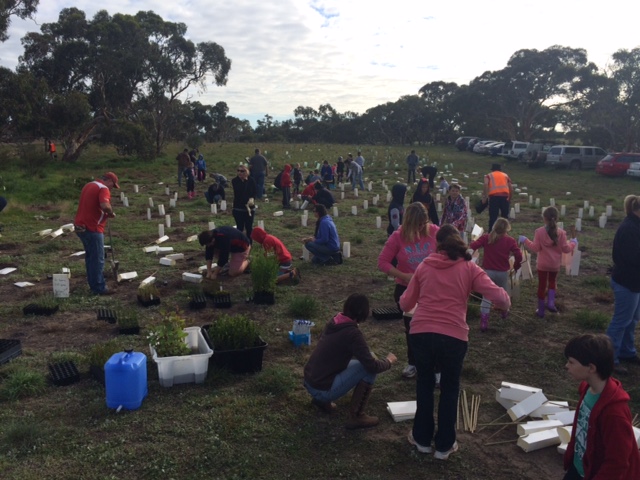 There are so many good things about the Coorong, Lower Lakes and Murray Mouth (CLLMM) Community Revegetation Program – the restoration of important ecosystems, volunteer involvement,  building resilience, and propagation of local native species are a few of them. Another good thing about the project is the support it provides for local community groups.

Since 2010, Goolwa to Wellington LAP, through the Community Revegetation Program, has engaged (paid) community groups to propagate and plant approximately 1.2 million local native plants around the Coorong, Lower Lakes and Murray Mouth Region. More than 50 different community groups have been involved in the project, including sports clubs, church groups, disability support organisations, schools, youth groups and more. Volunteers from these groups generally spend a day or more planting seedlings to raise money for their group.

The Strathalbyn Strikers Soccer Club joined the project for the first time this season, with very clear ideas about what they would use the funds they raised for. On the 13th June this year, the club’s catering van was destroyed by fire. The van (the old girl) had been used to cater for  club members and visiting teams for many years and was the club’s main fundraiser. 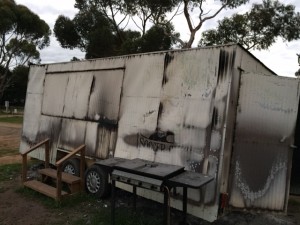 The estimated cost of the damage was $20,000. The club is now aiming to raise $40,000 so they can replace the old girl with a proper kitchen.

Part of their fundraising program was a planting day with the Coorong and Lower Lakes Community Revegetation Project. About 40 volunteers from the club including a whole bunch of kids spent a Sunday planting nearly 2000 seedlings and earning some much needed dollars to put towards their kitchen. Aside from the joy of raising some money, the group had a great day together out in the bush working together, they learned about the benefits of restoring native vegetation and left with the knowledge that they had done something good for the environment. 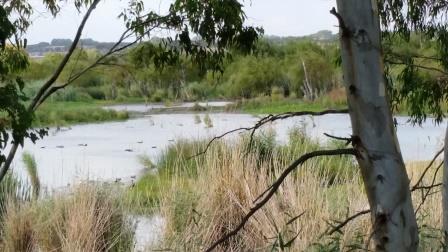