Join us and contribute to the knowledge about our local microbat species.

There is still so much to learn about the 16 microbat species in this region, including their current conservation status and the links between species diversity, habitat type and condition.

The project uses ultrasonic bat detectors to record the calls of bats flying past during the night, each species has its own individual call pattern, from these recordings scientists can tell which species were present.

The  program is open to anyone interested in bats. It is as easy as borrowing an acoustic recorder, turning it on and hanging it up in your yard or property overnight.
You then upload details about your site to the Atlas of Living Australia via the Biocollect portal. The data collected will be analysed by scientists and you will be notified about what bats were recorded at your site.

The MEGA Murray-Darling Microbat Project is funded by the Australian Government under the Inspiring Australia – Science Engagement Programme. 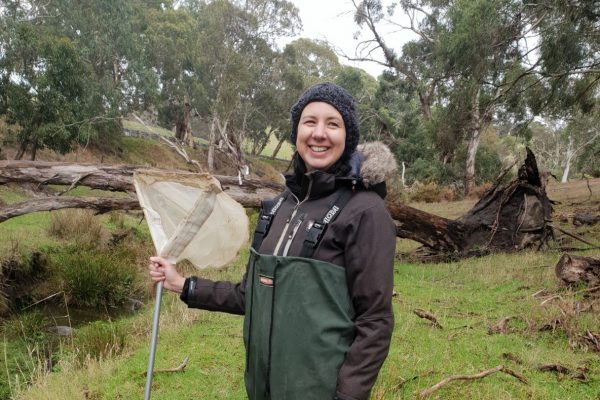 Jacqui has worked in the environmental field since 1995 in roles including environment officer and revegetation officer. Since starting at GWLAP in 2011, she has delivered a wide range of creative community engagement projects to help people of all ages get out into nature and be involved in the natural world. Jacqui has a particular interest in Citizen Science and supports activities including water monitoring, frog spotting, bird monitoring and has skills in microbat identification. Other key interests include linking and supporting local community groups, and believes that volunteer landcare, bushcare, and other environmentally focussed groups have a lot to contribute to positive land management in our area.