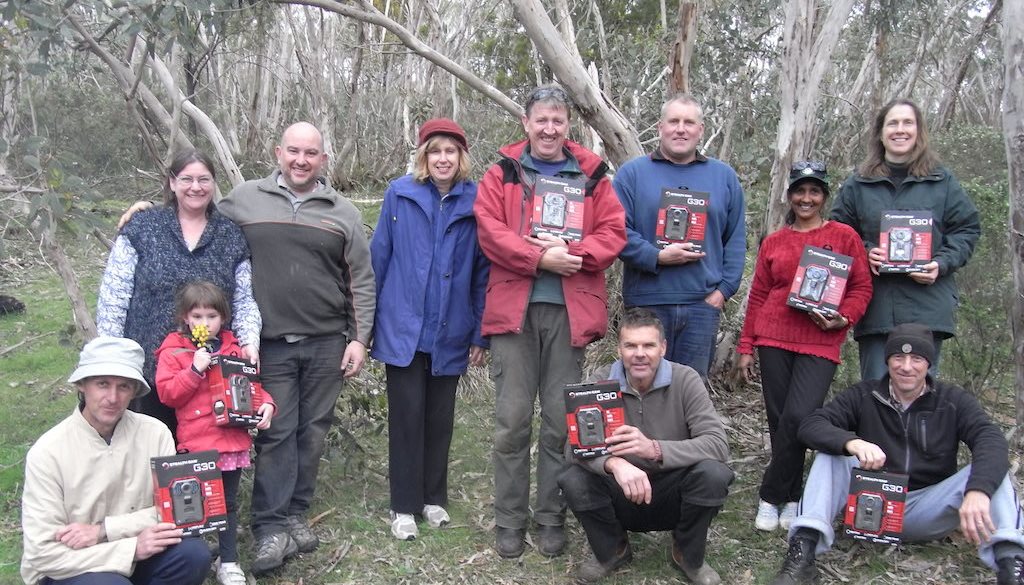 Goolwa to Wellington LAP provided the Prospect Hill Bushland Group with a number of wildlife cameras to help them gain some footage of the wildlife living in their bush, and add to their knowledge of the area. They have managed to catch some local Swamp Rats going about their business, fossicking around in some soursob – they are adorable!

The Prospect Hill Bushland Group collectively manages more than 600ha of amazing bushland near Prospect Hill and the Bull Creek Range, a truly beautiful area of our region. The group consists of landholders and residents who volunteer their time to preserve this precious bush through weed and pest animal control.

GWLAP have been supporting the Prospect Hill Bushland Group through the Mount Compass to Meadows Biodiversity Links Project, enabling them to undertake extensive bushcare work and build on the efforts they have already undertaken.

More on the Swamp Rat:

The Swamp Rat (Rattus lutreolus) is the most common native rat in our local area and prefers poorly drained habitats – although it has also been found on dry open ridges. Its body is 122mm to 197mm long not including its tail. It has dark grey or grey brown fur with the upper half of the body tipped golden. The Swamp Rat has small rounded ears and a dark grey, scaly, sparsely haired tail. It feeds on vegetation such as stems, leaves roots and underground fungi. In spring and early summer their diet expands to include seeds, fleshy fruits and insects. The Swamp Rat can become abundant in small areas for a time, then either move or substantially decline for some time. The burrows of this species can honeycomb areas of soil in times of abundance.