Posted on November 30, 2015 Categories: Revegetation No comments yet 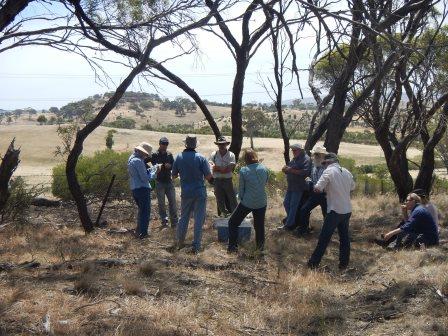 The day promised a ‘warts and all’ look at direct seeding, how it has been used in the past and plenty of discussion around its current and future application.
The tour was well attended and included project officers from different organisations. The group looked at sites between Kanmantoo and Langhorne Creek that had been machine and/or hand direct seeded. A 10 year old hand seeded site showed excellent understorey regeneration and good structural components establishing, such as fallen timber. One direct seeded site has recently been accepted for heritage agreement listing, believed to be the first of its kind in the state!
Kelvin Candy, a broad acre cereal farmer at Langhorne Creek showed the group some revegetated sites on his property. Kelvin has revegetated large areas of his land, much of it via direct seeding undertaken by himself, with some help from GWLAP. Kelvin openly discussed his experiences. He took the group through a revegetation site direct seeded by Greening Australia ten years ago. Kelvin described issues he had at the time with erosion related to the direct seeding undertaken using a v-blade machine. The erosion is no longer evident and the site now has good cover and structure.
Kelvin also discussed problems he has with veldt grass within the revegetation. The weed appears to be inhibiting understorey regeneration and requires some management.
From the top of a hill at Kanmantoo the benefits of direct seeding were viewed on a broader scale. Landscape scale linkages between properties, established through years of the direct seeding to link areas of endangered peppermint box woodland, could be seen.
The group visited a site displaying a less than ideal outcome from a direct seeding project. The site contained a limited number of species, mostly short-lived pioneers such as wattles and hop bushes and not structurally appropriate for adjacent peppermint box woodland and lacking over-storey presence.
There was plenty of discussion around how direct seedling can be improved and manipulated for better ecological outcomes.

• There is an opportunity for direct seeding to be reinvigorated as an easy and cheap revegetation option, enabling farmers to undertake a low cost method of revegetation themselves. Current expensive revegetation projects ($5 per plant) are not sustainable in the long term, particularly when very large areas of new habitat are required for wildlife.
• Direct Seeding is not for every site, however it is a cheap way of getting key structural components of revegetation established – with money better spent on establishing the trickier components of revegetation via seedlings and the often small quantities of seed available for thing like Dianella, Eutaxia and Correa.

This project is supported by the Goolwa to Wellington Local Action Planning Association through funding from the South Australian Murray-Darling Basin Natural Resource Management Board. 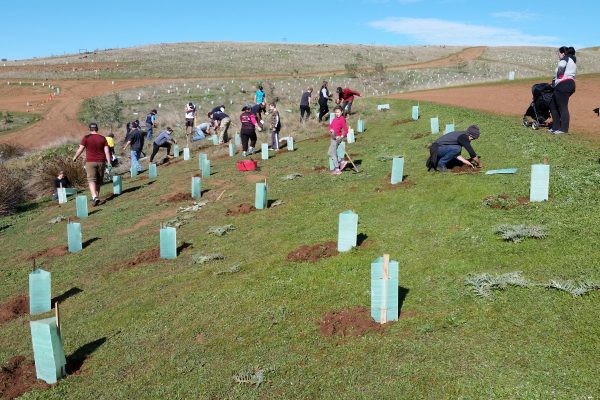 Volunteer planters are the best planters! 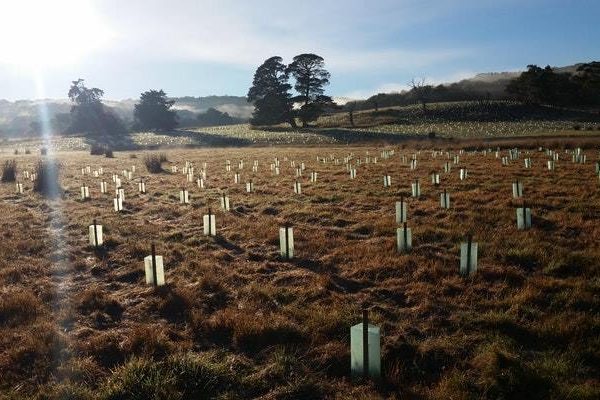