Posted on November 14, 2016 Categories: Bushcare, Education No comments yet 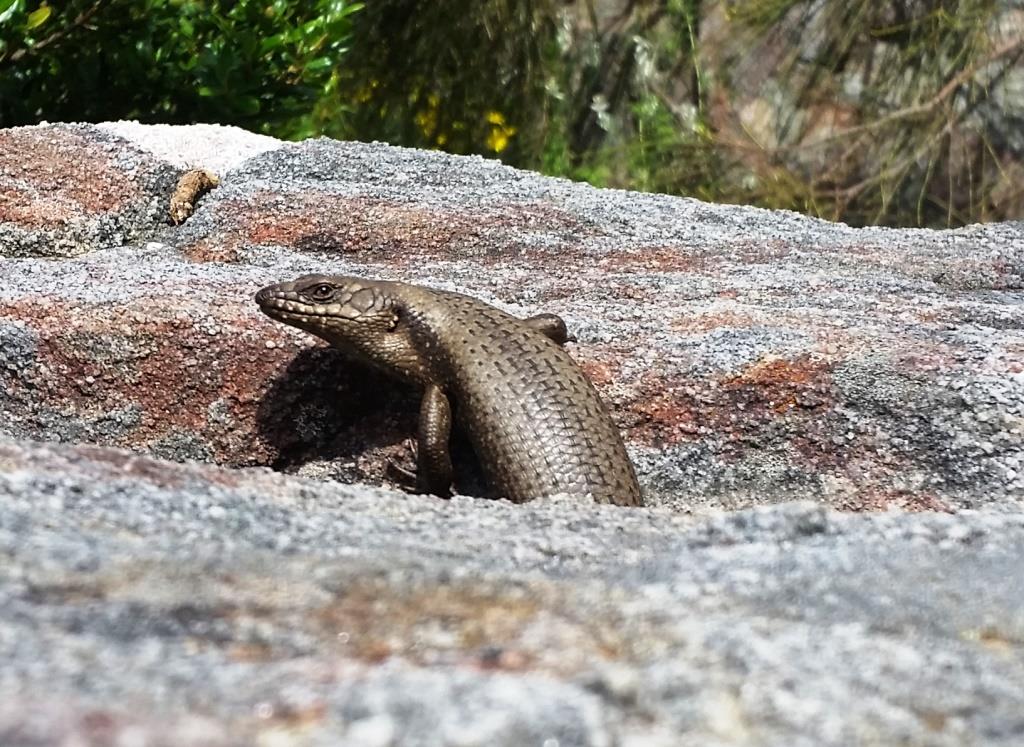 Last week Will was lucky to come across this little lizard, confirmed by the Herpetology Department of the SA Museum as a Tree Skink (Ergernia striolata). It is unusual to find this lizard in the Mt Barker area.

The Tree Skink looks very similar to the endangered Cunningham’s Skink (Ergernia cunninghamii) so if you see one it is worth taking some photos and sending them through to the SA Museum. 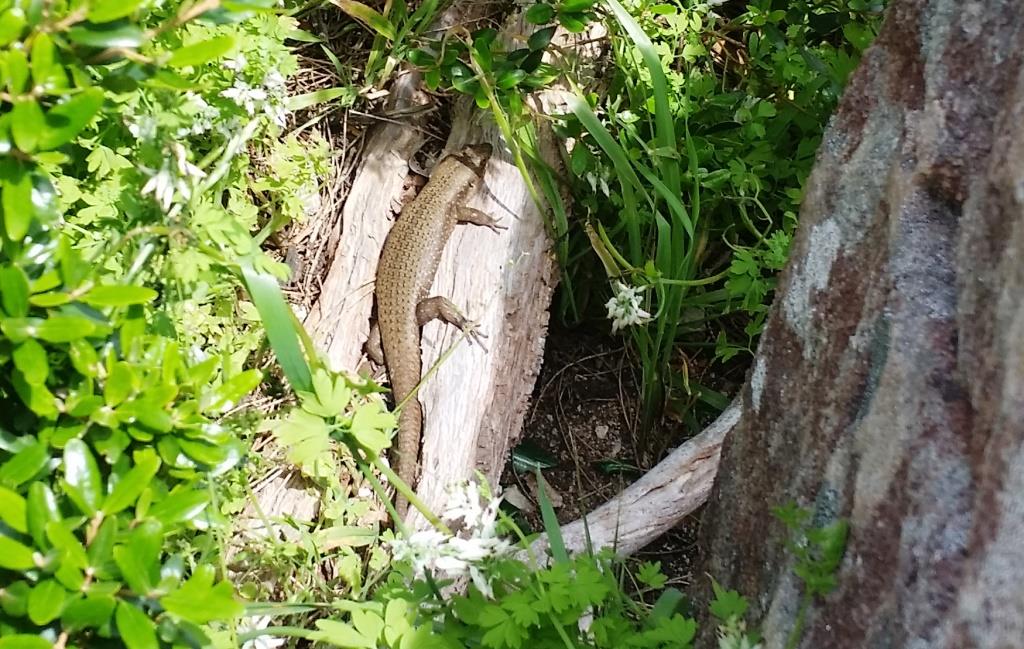 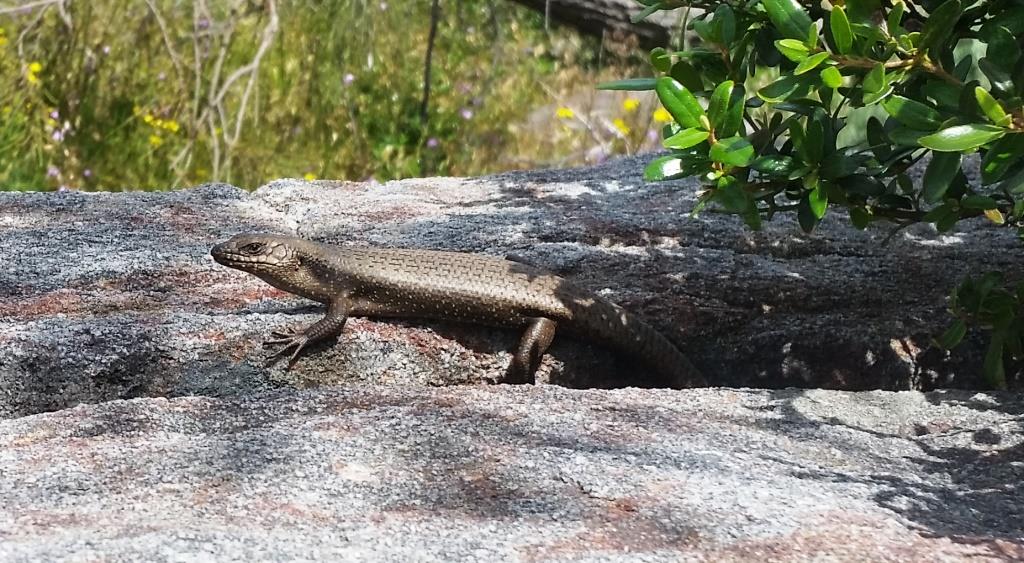 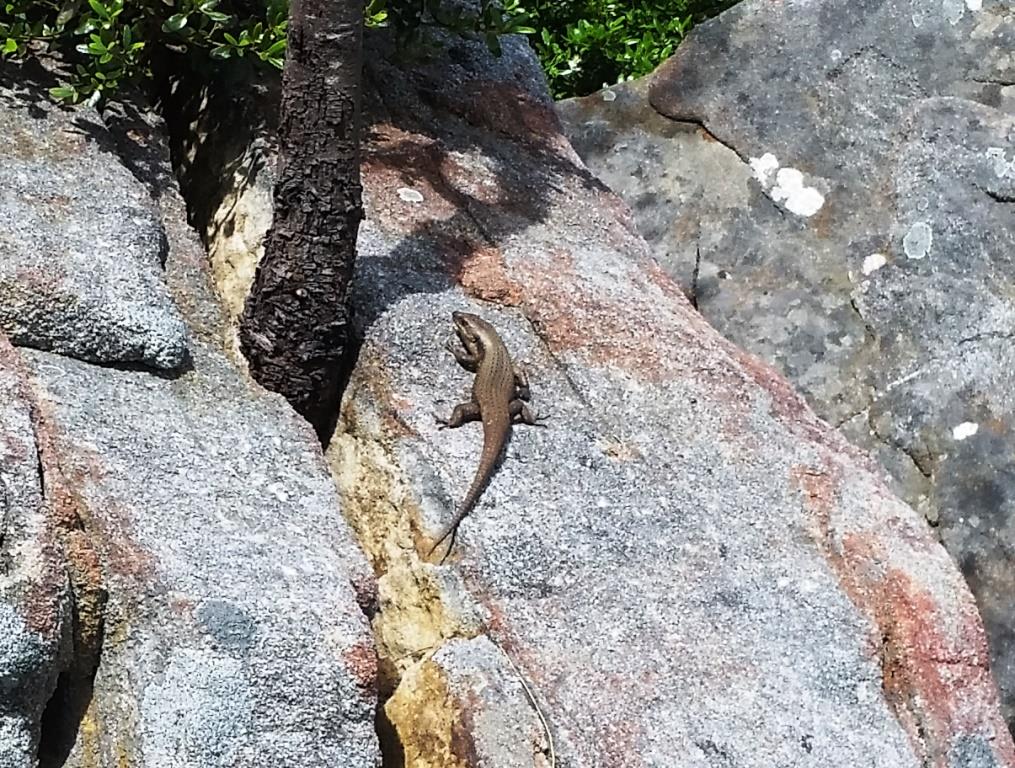 The following information about the Tree Skink is from the Atlas of Living Australia.

Description: A stout, strongly-built skink with smooth or slightly grooved scales, and a rather thick, tapering tail that is not much longer than the head and body. Dark brown to pale grey with blackish flanks. Young animals are very dark all over with numerous small white spots that usually fade as they age, but some Mount Lofty populations keep this colouring into adulthood.

Biology: A climbing species, this skink makes a home in hollow trees or rock crevices, and extends to human structures like farm outbuildings or ruins. A sociable lizard; adults appear to live as a male and female pair in most parts of their range, sharing a homesite with their offspring (usually 2-4) until the latter are sexually mature. They give birth to live young (not eggs). They are most easily seen as a day warms up, when the lizards will bask on the ‘doorstep’ of their preferred hiding place.